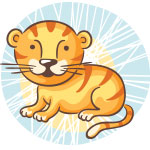 You can move on from past issues and use your creativity to express yourself with confidence now. A sense of comfort and harmony will give you a much needed break from your hectic life-style.

While the Year of the Tiger ended two weeks ago, with the month of the Tiger still running for another two weeks, this is a chance to piggyback off the journey the last 12 months have taken you on. The Year of the Tiger brought you to the start of a new personal 12 year lunar cycle, something that will run for another 11 years, while the month of the Tiger has brought you to the start of a much shorter 12 month lunar cycle. As one followed on from the other, this was a natural transition and has allowed you to simply tweak things. This also gives you a chance to settle into the lucrative Year of the Rabbit before the first of two Rabbit months begins in two weeks.

While the Year of the Tiger ended last month until the month of the Tiger ends on 20th February you are still in a transition phase, though with a chance to shift your focus from the start of a new personal 12 year lunar cycle and onto the start of a new 12 month cycle. However, with much of the hard work already done, doors already open and tracks laid this is more a chance to tie up loose ends and to make any last minute tweaks. This is allowing you to transition into the lucrative Year of the Rabbit without having to rush anything. Especially as the New Moon on 20th February will not only usher in the month of the Rabbit but as a leap month, the first of two back to back Rabbit months. This will give you eight weeks to immerse yourself in the Rabbit's influence and its ability to attract what you deserve across all the currencies in your life.

Colour of the day: Sky Blue