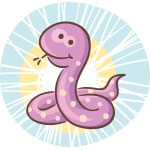 Someone in your family has a hard time controlling a bad habit. This has been affecting you negatively and the time has come to put your foot down and demand accountability. On the other hand, try not to blame your own problems on this person. We each have to play the hand we've been dealt.

While the competitive and professionally charged Year of the Tiger ended last month, until the month of the Tiger ends on 20th February this is a chance to tie up loose ends but also transition out of its influence. This is only possible for the Year of the Tiger and for no other year, allowing you to extract what you can from its influence and especially in the early weeks of a new professional year and while you are still setting your personal and professional goals and ambitions for the coming year. At the same time, while the social and serendipitous Year of the Rabbit has already begun, you won't feel the full impact of this until the month of the Rabbit begins on 20th February. This will put even more focus on your social life, friendship, teamwork and networking.