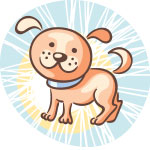 You may need to share the suffering or tribulation of a close friend or family member around this time. There can be personal problems or even ill health which needs to be addressed.You will be called upon to assist them. Because you have a strong attachment you'll naturally empathize and feel their pain.

Colour of the day: Papaya Whip